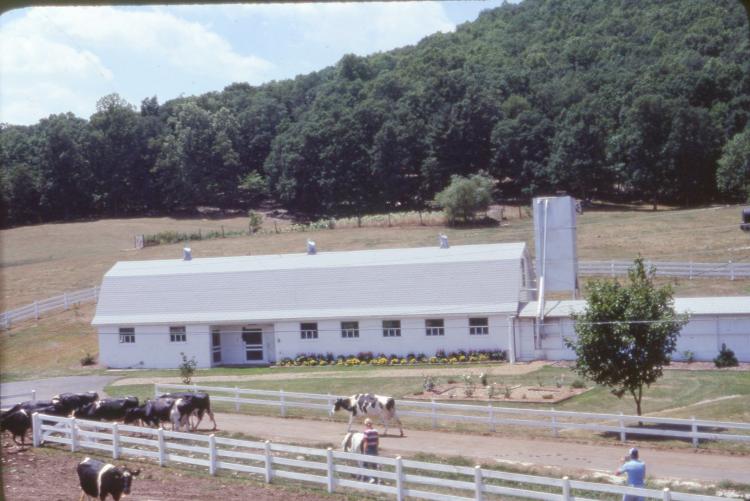 Udderly Intriguing explores how cows came to exist in North Carolina, why dairy farming boomed in western North Carolina during the mid-1900s, and what the prospects are for the region’s dairy industry in the 21st century.

Visitors also will be able to view artifacts from the museum’s collection that show how various equipment and household objects have been used over time to create delicious dairy products.

Agriculture has long been a cornerstone of North Carolina’s economy. Row crops, such as cotton and tobacco, dominated the eastern and central areas of the Tar Heel State for much of history. But by the turn of the 20th century, farmers in the mountain and foothills regions had begun turning to a combination of row crops and livestock. Scientific advances, urbanization, and a growing demand for dairy products, helped to make western North Carolina a prime location for the dairy boom of the 1900s. While exploring the past, the exhibit also looks at the present and how dairy farming has changed in the 21st century.

This exhibit opens Saturday, June 12 and runs till February 2022.

Image: A dairy farm and its cows in the late 1970s. Courtesty of the Western Regional Archives, Western Carolina Communities collection