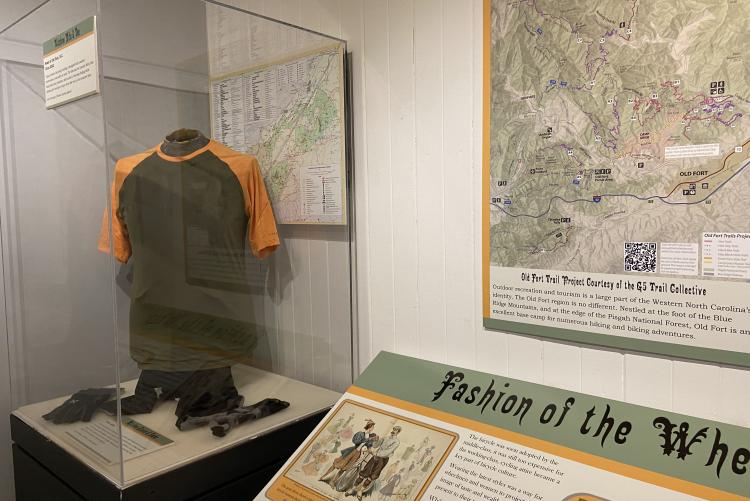 The first bicycles were of wooden construction, from their frame to their wheels and later moved to iron elements. Bicycles evolved during the late 19th century and, by 1900, elements of modern bicycles had emerged. In the early 1900s, upgrades to bicycles during the “Safety Era” made them more sturdy and reliable modes of transportation with improvements to the seats, brakes, tires, and wheel spokes.

Bicycles offered an option for exercise and faster transport than walking. They represented freedom for women, even as conservatives feared they would lead to female corruption. Women pushed past the controversy to enjoy bicycles in all types and sizes, even joining clubs and participating in contests. The bicycle has stood the test of time as a healthy and enjoyable mode of transportation.

We hope you can come and learn more about North Carolina's bicycle history with this new exhibit.